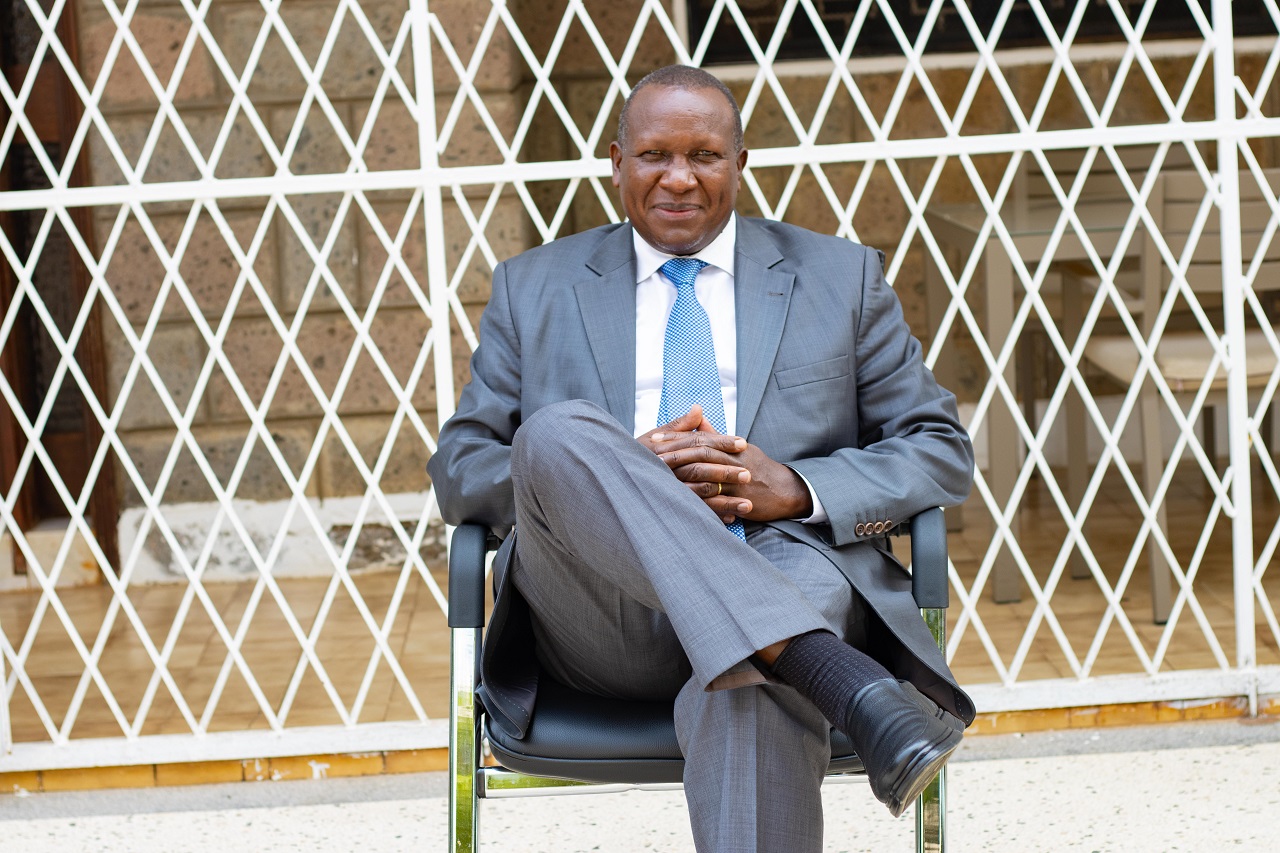 Founder and Partner, Stephen Kipkenda, is highly regarded by his colleagues, adversaries, arbitrators and peers for his expertise in Conveyancing and Property Law, Commercial Law, Legislative Drafting, Corporate Law and Governance, Litigation and Dispute Resolution. He has over thirty years’ experience in legal practice.

Mr. Kipkenda’s journey in the practice dates back to the year 1990 when he began his legal internship. During this period, he also taught commercial law at Strathmore University, School of Accounting.

In his early years of practice, he handled various litigation matters both in property and commercial spheres up to the Court of Appeal and since the enactment of the Constitution of Kenya, 2010 up to the Supreme Court. During this period, he successfully prosecuted and defended matters in various Courts with outstanding awards and judgement in favour of his clients. Some of the land related litigation touched on complex issues of Title which affected many claimants.

As an expert in Commercial and Corporate Law, Mr. Kipkenda has concluded complex company restructuring resulting in transfer of assets to new corporate entities while ensuring that various lenders’ interests are protected. He has also advised on cross-border lending and designed security documents to secure the interests of the parties.

Over time, he has engaged in innovative securities perfection affecting co-operatives and SACCO’s involving numerous members and also in the compensation of thousands of small-scale farmers after the collapse of their former co-operative society and take over by the Government of Kenya. His Excellency, the President of the Republic of Kenya, appointed Stephen as a Commissioner to the Commission of Inquiry into the Land Law System in Kenya. He took part in the intensive exercise until a report on consolidation, updating and improvement of all procedural legislation relating to the registration of titles and other instruments concerning dealings and interests and rights of the same; process of land delivery, survey and registration and preparation of official records relevant to such survey and registration.

In 2007, Mr. Kipkenda served as a board member of Kenya Tourist Development Corporation. During this period, he was engaged in the development of legal, governance and policy framework to enhance expansion of tourism economy in Kenya; he was also appointed to chair the board of Golf Hotel, Kakamega. In the year 2006 Stephen was a lead legal consultant on system of governance, funding mechanisms and legal framework for Kenya’s National Polytechnics to award technical degrees, reviewing existing legislation on the subject and ultimately presenting a report to the Ministry of Education, Science and Technology setting out the new governance structure and legal framework that was accompanied by three draft Bills. This report gave rise to the upgrading of Kenya Polytechnic and Mombasa Polytechnic to award degrees.

He currently serves as the Chairperson of the Competition Tribunal. Mr. Kipkenda has a keen interest on developments outside his area of work and as such, He works closely with schools (primary and secondary) in which he serves as a board member. He has also actively participated in fundraisings that are directed towards school developments such as purchasing of school buses as well as supporting needy students. He also works with churches of all denominations and is an active participant in social projects. In the office, he is keen on training his pupils on character formation.

Founder and Partner, Stephen Kipkenda, is highly regarded by his colleagues, adversaries, arbitrators and peers for his expertise in Conveyancing and Property Law...